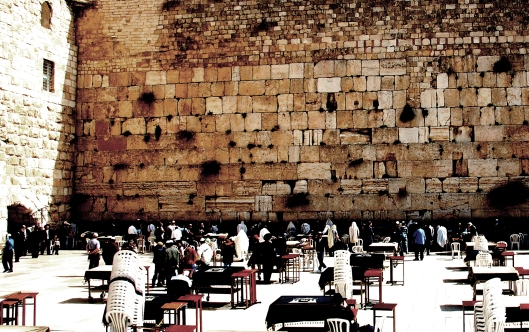 This week’s Los Angeles Jewish Journal printed my statement (below) on President Trump’s proclamation on Jerusalem as the capital of Israel.

I add my dismay and anger about the destructive and hostile rhetoric of Palestinian President Mahmoud Abbas that was delivered in the wake of Trump’s proclamation. Abbas was speaking to the Organization of Islamic Cooperation (OIC) and there he asked the international community to withdraw its recognition of the State of Israel. He added that the Jewish people has no historic claim to Jerusalem.

On its face, his statements are inflammatory and destructive. His claim that the Jewish people has no historic claim to Jerusalem is historically false. Though I can understand his frustration with the Trump message on Jerusalem, a statement avoided by every American President before Trump because they understood that such a statement ought to be considered only in final status negotiations between Israel and the Palestinian Authority. There is no excuse for Abbas’ defaulting hardline rejection of Israel’s national right to a homeland and a State in the land of Israel and to the lie denying that Jews established Jerusalem as their capital city since the time of King David (1000 BCE).

What follows is my statement as it appears in this past week’s print edition of the Los Angeles Jewish Journal (Community Reacts to Jerusalem News – jewishjournal.com/cover_story/228595/community-reacts-jerusalem-news/)

“All Jews who love Israel recognize that Jerusalem is the capital of the the Jewish state. For me this has never been a question.

Our people’s yearning for international recognition of Jerusalem as Israel’s capital is as old as the state itself. Our yearning at last has been addressed by President Trump’s proclamation this week.

As satisfying as this is, there was something significantly missing in President Trump‘s address – recognition that Jerusalem is also the capital of a future Palestinian state.

Had the President said that, world reaction would be magnanimous and I believe positive, and there would be less risk of violence against Jews, Americans, and Palestinians.

Now that Jerusalem has been so recognized, I would hope that the United States and Israel would be able to say publicly that East Jerusalem can one day be the capital of a Palestinian state in an end-of-conflict negotiated two state solution.

Only a two state solution can address the long term security needs of the State of Israel, preserve it’s Jewish character, and sustain its democratic system of government.

I hope that the needle has been moved in a positive direction as a consequence of President Trump‘s proclamation. I also hope that there is a secret strategic plan that the United States has developed to bring about a peaceful resolution of the Israeli-Palestinian conflict.

Both Israel and the Palestinians need to be prepared to make painful compromises in a negotiated settlement, and only the United States has the authority and power to help the two sides make peace.

I pray for the peace of Jerusalem.”