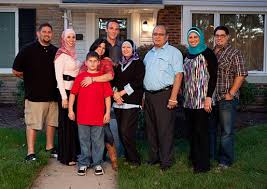 I have signed again on with 60 interfaith leaders and religious organizations as part of Amici Curiae, an interfaith group of religious and inter-religious organizations and clergy, who are supporting the plaintiffs-appellees against President Donald Trump to affirm the district court’s injunction restricting implementation of Proclamation No. 9645: “Enhancing Vetting Capabilities and Processes for Detecting Attempted Entry Into the United States by Terrorists or Other Public Safety Threats,” 82 Fed. Reg. 45, 161 (September 24, 2017).

I have joined with 9 rabbis, the Union for Reform Judaism (representing 900 Reform synagogues in America), the Central Conference of American Rabbis (representing 2000 Reform Rabbis), Women of Reform Judaism (representing 65,000 women), the Reconstructionist Rabbinical Association, Truah: The Rabbinic Call for Human Rights, The New Israel Fund, Bend the Arc: A Jewish Partnership for Justice, The American Jewish World Service, the National Council of Jewish Women (representing 90,000 women) individual synagogues, churches, and a variety of Christian and Muslim Organizations as “Friends of the Plaintiffs against President Donald Trump” because we believe that his misguided order to increase vetting of immigrants to the United States is “intended to target Muslims in particular,” “to harm Muslims,” and “to violate the core Constitutional principle that is critical to the free exercise of all faith traditions in the United States” according to the First Amendment of the Constitution.

This Amici Curiae brief was filed in the Federal Fourth Circuit Court on November 17, 2017.

The following is language written in the brief:

“This order offends the fundamental tenets of all three monotheistic faith traditions including the Golden Rule, the imperative to welcome the stranger, and the belief that every individual has inherent value and dignity by virtue of being created in the divine image. Our faith traditions compel us to assist immigrants, particularly immigrants fleeing unjust persecution.

All our religious traditions have experienced prejudice against us and persecution, and it is out of our historic experience and our moral and religious values and our perception that Trump’s order is deliberately targeting the entire Muslim community that we shout “We protest….

This order recalls the infamous event in 1939 when a ship carrying 900 Jewish men, women and children fleeing Nazi Germany was turned away from our shores. This ship was forced to return to Europe  and more than 25% of its passengers perished in the Holocaust….

All of our Amici understand exactly what the Trump Order is about – an official act of discrimination on the basis of religion. Trump said during the Presidential Campaign of 2016 that there ought to be “a total and complete shutdown of Muslims entering the United States until our representatives can figure out what is going on.”  He also said “Islam hate us” and that “we’re having problems with the Muslims….

Trump’s order also has ostracized those who simply want to practice their faith freely and live peacefully as neighbors, students, colleagues, families, and members of their community. It has contributed to an environment in which Muslims are increasingly subject to violence, harassment, and discrimination because of their faith. An FBI report has discovered that while hate crimes have risen by 6% overall in the United States, anti-Islamic bias has increased by 26.5% in 2012….

The Order’s near-absolute ban on entry by citizens of the seven countries it names is entirely contrary to the Golden Rule as well as the religious calling to welcome the stranger. Amici understand that the people barred by the Order are mothers and fathers, children and grandparents; they are clerics, congregants, shopkeepers, and students. Each one’s life is sacred-each a unique expression of the divine and a common member of humanity.”